It is time to share some important news: at the end of this year I will retire from my role as President and CEO of Hertzler Systems! My business partner, Byron Shetler, will pick up the reins and guide the company in the coming years.

We’ve been working on this transition for nearly two years. That long ramp gave the company plenty of time to prepare. I’m really excited about where we’ve positioned the company today, and where it might go in the future. We’ve never been stronger.

I will retain a minority stake in the company. I’m looking forward to continue to serve in a strategic capacity on the Board of Directors.

In my last two Data Heads posts I’d like to offer my reflections on the last 30-plus years in this amazing industry, and some predictions for the future. 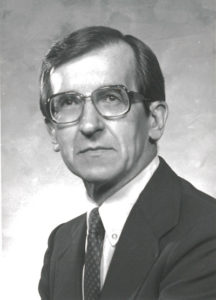 Paul Hertzler founded our company in 1982. He was my boss for nearly 10 years before he died in 1994, and I (we) owe a lot to him. Paul came out of the Management Information Systems (MIS we called it then, not IT) world, not the Quality world. His goal was to create a company that operated on his high ethical standards. He wanted to treat clients and employees the way he thought they should be treated. His frame of reference was always information systems. The fact that we landed so solidly in the Quality arena was more of an accident than anything else.

Here is what happened: Paul’s last job before he launched our company was with a family-owned rubber manufacturing company that served the auto industry. It was the late 70s and early 80s, and the company was being pressured by their customers to implement Statistical Process Control. One customer hosted a workshop on this new technique, which Paul attended. Keep in mind this was before Ford famously declared that “Quality is Job One.”

Paul was a smart guy, and he instantly saw the rationale for SPC. And he took the advice to apply the techniques as early in the manufacturing process as possible. Reflecting on their business, he concluded that the earliest part of their process was in the rubber mixing department. He figured out how to digitize an analog voltage signal from some test equipment and convert it to a torque measurement. Once he had the torque measurements, he plotted these measurements on a family of control charts. If my memory is right, each test was recorded in 32 separate control charts. (I should mention here that Paul never finished a college degree, and had no training in electrical engineering. He did this with one of the first personal computers, a Hewlett Packard scientific computer. Microsoft didn’t exist, and IBM only sold main frame computers. Did I mention that Paul was a smart guy?)

The ‘Accident’ that set our direction

When Paul founded the company he thought he’d consult with manufacturing companies who needed his expertise setting up MRP and ERP (Manufacturing/Enterprise Resource Planning) systems. The accident was that a friend from a rival rubber company asked him to recreate the rubber mixing SPC system he had created for his old employer. I asked him once how long it took him to realize that he had a product that could go worldwide, and he said “about six nanoseconds.” He got permission from his previous employer, hired a programmer, and created a product. The rubber industry product was eventually picked up and sold by a worldwide organization, and revolutionized that way the rubber industry viewed and used data.

Midway through that development project, the same client asked him to develop a general purpose SPC system. Paul asked his programmer if he had any friends who were looking for work. The programmer did, and shortly after that Paul hired Byron Shetler. I came on a few months later to support the sales, marketing and technical writing side of the business. GainSeeker Suite is the descendant of that general purpose SPC system. 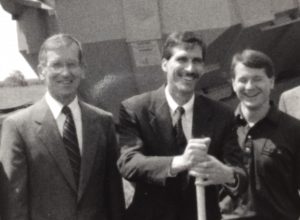 The rest, as they say, is history.

Through all of this, Paul’s frame of reference was always Information Systems. He told me, “Quality and manufacturing performance information is as valuable to a manufacturing manager as is financial information.” And with that in mind, our systems were built from the start on flexible and powerful database technology. All of our competitors in those early days viewed SPC as a point solution that gave operators what they needed to make immediate decisions. They digitized paper and pencil processes.

Our systems did that, and a lot more. They gave managers the ability to easily group and filter data so that they could pinpoint underlying sources of variation. These tools provided huge advantages for removing variation and improving processes.

From buzzwords to pragmatic solutions

During my over 30 years in this industry, I’ve seen the drive for using data for continuous improvement ebb and flow as we’ve gone through the buzzword waves of TQM, SPC, ISO 9000, and Six Sigma and Lean Six Sigma.

I don’t remember who said “American business has the attention span of the shelf life of cottage cheese.” That is perhaps a little harsh, but there is some truth in it. Each one of these acronyms was promulgated as the next big thing, and (as Paul would say) eventually the bloom was off the rose and we’d go on to the next buzzword.

It seems to me that as we enter 2019, we (both Hertzler Systems and our clients) are past riding the fads and are focused on pragmatic solutions: providing real-time, actionable business knowledge in order to make better decisions that drive continuous improvement in business performance.

There are a number of reasons for this, and next month I’ll share my perspective on a small handful of mega-trends that are emerging and will become significant drivers of change in the coming years.