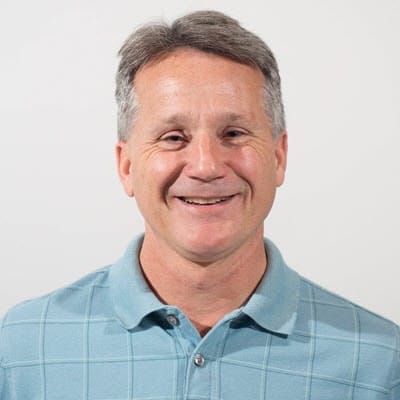 Byron Shetler is the President and CEO of Hertzler Systems Inc. He joined the company in 1984 and began his career programming on a HP-86, working out of founder Paul Hertzler’s home. Byron has filled a variety of roles at Hertzler Systems, including Vice President of Development, Technical Support Manager, Programming Manager, Webmaster, and IS Manager. He currently divides his time between programming, product design, research and development, and consulting.

Byron has BA degrees from Goshen College (Indiana) in Physics and Mathematics. Outside of work, he enjoys reading, sports (soccer, basketball, softball, golf, and snow skiing) and spending time with his wife and three children. He is active in his church and the community. Coaching youth soccer and serving on the Greencroft Retirement Communities Board of Directors are among his community activities. 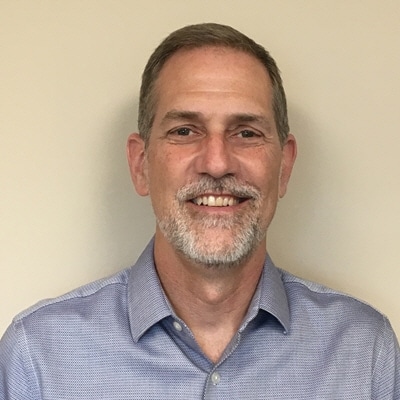 Phil Mason is the Vice President of Business Development for Hertzler Systems Inc. He joined the company in 1988, working in sales and marketing for 8 years. Since Phil’s first stint at Hertzler, he has been involved at a business technology service provider, management consulting, was a regional VP for an insurance and financial services company and finally taught collegiate level business for seven years concentrating in Sales, Marketing and Strategy.

Phil has a BA degree from Goshen College (Indiana) in Business. He also earned an MBA from Green Mountain College (Vermont). In addition to all things business, he enjoys cycling, good food, dark beer and local music. Phil serves on the Friends of the Pumpkinvine Board and is co-director of the annual Pumpkinvine Bike ride. 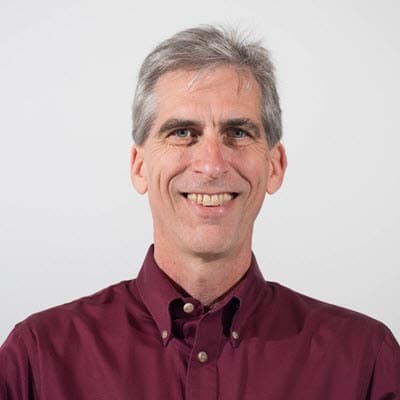 Evan Miller joined Hertzler Systems Inc. in 1984. Over the next seven years he held positions within the company in sales, marketing, technical support, and training. When founder Paul Hertzler retired from the firm in 1991, Evan assumed the role of president. His vision and constancy has led Hertzler to become a leader in providing software and services that help customers improve their processes by eliminating scrap, waste, and rework. Miller retired at the end of 2018. He retains minority ownership in Hertzler Systems and continues as a Director.

Prior to joining Hertzler Systems, Evan taught technology education in Canada. He received his BA from the University of Waterloo (Ontario) and his MA from Ball State University (Indiana). He served on the Goshen Hospital Board of Directors for eight years, including two years as Board Chair. He performs music with the Schmaltzentrubers (an eclectic trio), and the Maple City Chamber Orchestra. He serves on the MCCO’s Board of Directors.

Leonard Geiser, Professor of Business emeritus at Goshen College, was founder and executive director of the college’s Family Business Program. For over 55 years, he has helped families that own and operate businesses — a venture that began with his own family’s store. Leonard now serves business through his consulting firm, Len Geiser & Associates. He also serves on a variety of for-profit and not-for-profit boards of directors.

Dennis Blyly brings over 20 years of investment industry experience to the directorship of Hertzler Systems. He was an associate with Martin Capital Management and its predecessor firm for six years before being admitted to the partnership in 1994. Prior to joining Martin Capital, he was an investment officer for NBD Bancorp. He graduated with honors from Grinnell College ( Iowa ) with a major in economics, and he is a Chartered Financial Analyst. Dennis earned an MBA with honors, including membership in Beta Gamma Sigma, from Northwestern University’s Kellogg School of Management. He is currently a board member for ADEC, Inc., Bristol, Indiana; Hertzler Systems, Goshen, Indiana; Pleasant Street Homes, LLC, Elkhart, Indiana; and the Elkhart (Indiana) Chamber of Commerce. 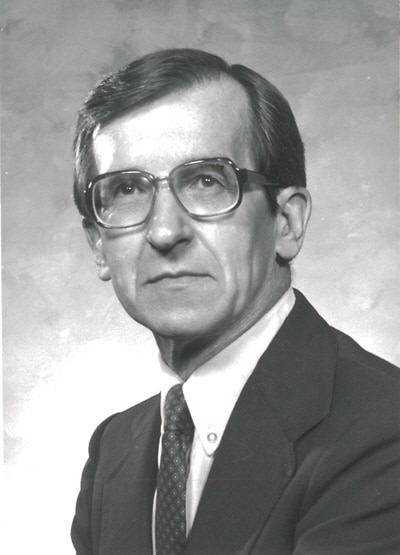 (The following tribute was written shortly after Paul Hertzler’s death in August, 1994.)

Readers who shared with me the pleasure of knowing Paul Hertzler will understand that I can’t pay fair tribute to the man in such a short space. They may even wonder why I try because Paul’s life, after all, spoke for itself. Paul did not clutter the world with unnecessary words. But I don’t write for those who knew Paul — I write so that those who never met him might get a sense of the stature of the man who founded our business.

In a day when many are rediscovering “core values,” Paul’s life epitomized integrity, fairness, simplicity, plainness of speech and clarity of thought. He didn’t have a greedy or devious bone in his body. When he made a promise, he kept it. If he spoke, you knew it was the truth. He was humble, almost to a fault.

Paul disliked small talk, but he was a great conversationalist. He listened well, and never avoided taking a firm stand on truly important issues. He always expressed himself clearly. Many times our long conversations rambled and explored the back roads of the issue at hand.

It was a privilege to know and work with Paul over the last decade. I trust that as you do business with us today you’ll experience something of the legacy he left on the company that bears his name.