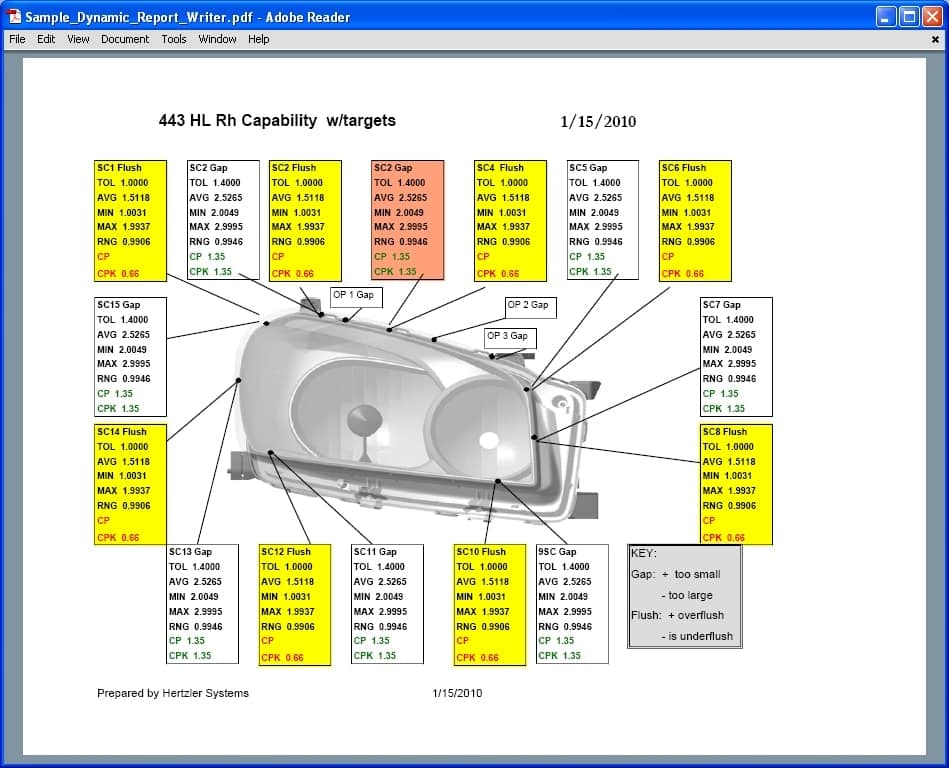 “You’ll never find a kid who wants to grow up to be a data jockey,” he told Mel Friesen, Software Training and Implementation Specialist with Hertzler Systems, in a recent conversation. “I certainly didn’t.”

Fugate defines a data jockey as someone who spends too much of their time copying data from one system to another, and then massaging it to make it more understandable and presentable to the people who use the data.

“I would actually export the data from the current GainSeeker database to an Excel file,” he explained. “Then I’d copy and paste from that Excel file to the original report that I already had made somewhere. And then I go through and double check all of the formulas, make sure the formula ranges are in place, and that I’ve got everything highlighted that needed to be highlighted. It was pretty cumbersome.”

Fugate became a data jockey to satisfy Valeo’s customers. At least once a month during the first six months of any new production program, Valeo’s customers expected to see a comprehensive report about the quality of all the features on the new product.

It took Fugate at least half a day each time the customer asked for this report. “According to the old method that I used, I could spend up to four, five hours each time that I wanted a report,” he said.

With multiple product launches going on all the time, it was just too time consuming.

“Right now, I have 13 lamps I’m launching,” he explained. At half a day per product, Stacey was spending over one week per month being a Data Jockey. And that was just for the product launch reports.

Product launches are only one reason why Fugate and his colleagues had become data jockeys. Joe Elkins, Valeo’s Quality Systems Manager, explained: “On the production side of things, about once a month we have a request for some information. In the past, we had no set report. So each report would differ, depending on who did it.” All those differences added up as many other users spent hours moving data between systems, massaging it into presentable form.

Thanks to a new Dynamic Report Writer in Version 8 of the GainSeeker Suite, along with some innovative work by Friesen and his colleagues at Hertzler Systems, Valeo now has the ability to generate standardized, automated reports for customers quickly. The new reports condense a tremendous amount of information into an attractive and easy-to-read report. Elkins and his team can produce the reports in a fraction of the time, and the new reports have eliminated all doubts about the reliability of the data. This frees them to focus on improving products and processes

Fugate can generate the new reports in a matter of minutes, instead of the half day it used to take him when he assembled the report by hand. Not only does this save time when he is making routine reports for a new product launch, it also helps when responding to customer complaints.

Fugate explains: “I’ve been put in situations where I didn’t have enough time to gather a report to take to the customer (to respond to a complaint). So sometimes you have to go to the customer without data, and you’re a duck without water.”
Being able to print out a report in minutes means that he’ll never have to be caught without data again: “We have useful data,” he said, “without the burden of having to be a data jockey.” 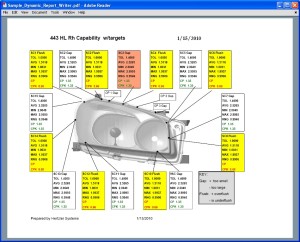 Another advantage of the new reports is the way they condense information. Prior to using the new Dynamic Report Writer, Valeo could either summarize information on a one page report at great expense of time and money, with a high risk of introducing errors in the data; or they could print out pages of information.

Elkins described the ‘old days’ when he needed pages of data to meet the customer’s needs: “When you had a report, you may have 16 features, which means you have 16 charts that you’re showing. Now with the new report writer it’s all in one location. It becomes very useful to help us, and to help our customers too.”

Fugate added: “When I tell you we have an issue with SC #1 (a specific characteristic on the product) you have no idea which side of the lamp that’s on, where it’s at, if it’s a Flush, or a Gap. But this report writer lets you know that SC 1, right here in this location, is where the concern is. And that’s why the customer likes it so much. It’s a one page visual report that allows them to make quick responses. And that’s the key point: quick responses and quick corrective actions. Time is money.”

Another key benefit of the new report is that everyone involved – supplier and customer – is more confident in the data. Fugate explains: “The data in this report is actually taken from the current database that we’re already running. So there’s no question about the accuracy of the data. Whereas with the old method of copying and pasting, sometimes you could question the accuracy of a capability report based on if you copied and pasted in the right places.”

Elkins elaborated: “Before, since it was not a canned report and the customer knew it was a cut and paste job, a lot of times the thought of the customer was, ‘I think you’re massaging the data a little bit more than what you should.’ Now there is none of that.”

In other words, the new standardized, automated report based on real data increases the customer’s trust in the supplier.

“Even if it’s a bad story that you have to tell the customer,” Elkins explained, “at least you have the data. You can show that you’re working on something, you’re aware of the issue, and you’re not trying to hide anything.”

In addition to increasing transparency, Elkins expects the new automated report format will enable his team to be more proactive. “In the past,” he explained, “we could only react when a customer screamed. We couldn’t be proactive. Now we’re going to have two meetings a month. We’re going to sit down for an hour and we’re going to go through the charts for half of our products at each of those meetings. So every month, we’ll be able to look at what we have and try to be proactive if we see trends. We think it’s going to be very, very beneficial. It means a lot to the customer if you’re proactive. It’s just a good business practice. It keeps them in the loop. They feel like we’re looking out after them, which we are.”

By automating reports and eliminating the role of “data jockey”, Elkins, Fugate and the rest of the Valeo team have dramatically reduced the cost and effort required to serve their customers. They’ve increased the reliability of their data and as a result, their credibility with the customer. The automated reports have also enabled them to anticipate or identify problems much earlier and thereby become much more proactive. The team expects that this will contribute to ongoing improvements in the supplier / customer relationship, which will in turn lead to both repeat and new business.

Elkins explained, “It’s becoming the norm: You have to speak with data. And you have to be able to get the data. We just don’t have the resources anymore to sit and mine data. And that’s how this will help.”

Open this as a PDF in a new window