Late last month we released GainSeeker Suite Version 8.2. This release was nearly two years in the making, and we’re really excited about the new capabilities it brings to our customers.

Over the next few weeks I’ll be sharing more about this new version. But this isn’t the only place to learn more about it. You can also read about it on our New Release page. And in February (2013) we’ll host a series of web training workshops to teach our customers about the new features. I hope you make use of these learning opportunities.

The biggest enhancement is the new Charting module, GainSeeker Charts.

GainSeeker Charts is written in a new development environment (.Net, if you want to know). It uses an entirely new graphics engine. Charts are cleaner and more attractive, and you have a lot more control over how they look.

Here is an example. 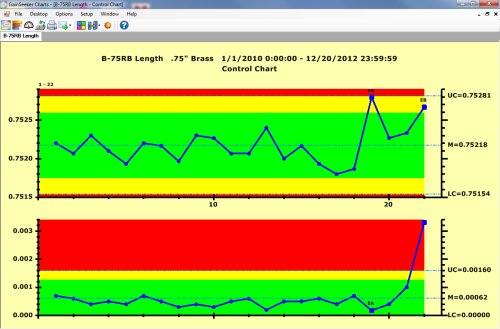 (Disclaimer – I’m not a graphic designer, these are just some combinations that I came up with. You can set your own with just a few clicks. And once you define your standards, you can set those as the default for everyone, and then lock them down so people don’t spend hours tweaking settings.)

The new graphics engine is just one of the more visible aspects of the new release. There is a lot more that I want to share with you about this new version. Stay tuned as over the next few weeks I look at more of the new features that you’ll find in GainSeeker Charts and in the rest of the 8.2 release. Use the ShareThis button below to mark this page, leave a comment, schedule a conversation, or call 800-958-2709.