In last month’s post I announced my retirement at the end of the year, and shared some reflections on the history of our company and our industry.

I mentioned in that last post that founder Paul Hertzler’s vision was that quality and manufacturing information is as valuable as financial, sales, and marketing information. Paul was ahead of his time, and I think we’re finally seeing that vision come to reality.

Looking ahead, I’d like to share my perspective on three mega-trends that I predict will have far-reaching implications to our world in the coming decades.

There is a lot of data in most manufacturing plants. Most (as much as 70%) of it is not being used. This is unfortunate because there is ample evidence that companies that make good use of data outperform those that don’t.

This is only going to get worse as the Internet of Things (IoT) comes on-line in the next few years. The IoT is a network of physical devices, sensors, controllers, and software that work together to achieve some business purpose. 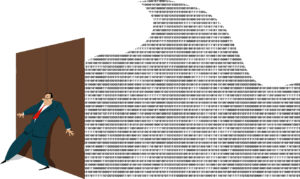 With so much data, there is a lot of noise. It is just too much. And it is almost impossible to separate the important signals from all that noise.

These firms are doing more than leveraging economies of scale through combined purchasing and shared back-office services. They’re also actively creating a streamlined end-to-end supply chain. This is a shift to create coordinated supply chain networks that are optimized to deliver customer value.

These firms need visibility of critical metrics up and down the supply chain, across disparate business systems platforms, and across the incredible complexity of data infrastructure from plant-floor sensors to order fulfillment and accounting systems.

We also need a way to distinguish the critical few from the trivial many. We have decades of experience working with devices and sensors. We know how to link detailed data to its context (capturing customer and supplier information and associating it with a value from a sensor on the plant floor or testing lab).

And we have some really interesting use cases that predict failure points.

Mega-Trend #2: The self-running factory is a lot closer than we think

What’s more, predictive and prescriptive analytics are foundational to artificial intelligence and the automation required for the self-running factory. 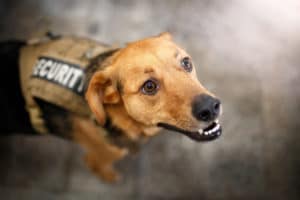 There is a joke circulating in some circles about the self-running factory. The joke is that the factory of the future will be run by a man and a dog. The man is there to feed the dog. The dog is there to make sure the man doesn’t touch anything.

I’m too old to believe that will actually become reality. I’ve been in too many plants where the supervisors and operations leaders could tell by the sound of the equipment if something wasn’t quite right. That kind of intimate, human knowledge is very difficult to duplicate with computer software.

At the same time, we can get a lot closer to the self-running factory. We can get there if we address some ‘Ifs’:

All of those ‘ifs’ require human capital. The more I look at our organization and at the successful organizations we serve, the more I see that top performance is grounded in people. Human capital is key to success. Sure, technology is important, but technology is only as good as the people who are applying it.

Organizations that can attract and empower talented people will out-perform their competitors every time. These people give their best every day and work collaboratively with their colleagues.

Mega-Trend #3: Resource constraints are going to drive innovation and opportunity.

Resource constraints have always been a factor in business, but collectively must address the realities of a finite planet occupied by over 7 billion human beings. Current models of use and throw away are not sustainable.

What does it mean that China has stopped import of all plastics from all other country’s recycling bins?

And how will affect business and the economy that the EU voted recently to enact a complete ban on some single-use plastics in an effort to reduce ocean waste? 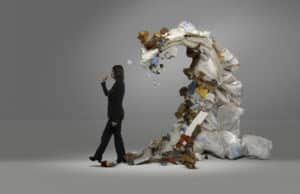 How do we respond to last month’s report from the United Nation’s Intergovernmental Panel on Climate Change that “Limiting global warming will require far-reaching and unprecedented changes to human behavior,”

And late in November the Fourth National Climate Assessment predicted:

“With continued growth in emissions at historic rates, annual losses in some economic sectors are projected to reach hundreds of billions of dollars by the end of the century—more than the current gross domestic product (GDP) of many U.S. states.”

Business leaders have an important role to play.

I’ve been inspired by Ray C. Anderson, founder of Interface Carpets. Ray had an epiphany in the 1994 when he was asked to respond to the question, “What is your company doing for the environment?” He described it as a “spear in the chest” as he realized that his company was contributing to the destruction of the global environment. He dropped a bombshell on his leadership team: “Become 100% sustainable in five years.”

Before he died in 2011, I got to hear him speak. He believed that doing good for the environment was good for business and he shared story after story to back his claim. Two comments he made that evening stuck with me. The first was, “I kept asking, ‘If not us, Who? And if not now, When?” Great questions.

In the last year, I’ve become aware of the language of the circular economy. We live on a planet with finite resources. We can’t continue to pollute and consume. True sustainability is “meeting the needs of the present without compromising the ability of future generations to meet their own needs.”

Part of why I found Anderson so compelling is that his book, Confessions of a Radical Industrialist, reads like a collection of Six Sigma project reports – where the projects are focused on environmental sustainability.

The good news is, there are a lot of people who know how to do this. If you’re reading this, you probably are one of them. In this context, our rather preposterous vision statement takes on urgency: “Envision with us a world where there is zero waste of precious time and material resources.”

It has been an honor to lead Hertzler Systems for the last 25 years. It’s been a privilege to serve in this dynamic industry. As I step out of the mainstream, I’m excited for what our company has to contribute to the world.

On a personal note, if you’d like to keep in touch with me into the future, connect to me on LinkedIn. I’ll be happy to stay connected.